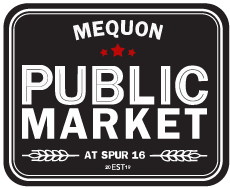 Chef Adam Siegel Cooking Class: A Trip to the French Mediterranean – SOLD OUT!

SOLD OUT – Please Check out one of our other events occurring in July!

Adam Siegel is Wisconsin’s most accomplished chef- fresh from a stellar career with The Bartolotta Restaurants,
– Offers attendees perhaps a taste of his future plans with an exciting take on classic French Mediterranean dishes.
– Sample tastes and recipes will be provided.

Originally from the North Shore of Chicago, Chef Adam Siegel began his culinary career helping out at Michael’s, his stepfather’s hot dog restaurant at the age of 14.  He has since worked throughout the United States with three James Beard Award-winning Chefs on both coasts, and in prestigious Michelin star restaurants in Italy and France.

Adam graduated from the culinary school at Kendall College in Chicago, and received his formative training at Spiaggia under James Beard award-winning Chef Paul Bartolotta.  After three years there, he was sent to study with James Beard Award-winning Julian Serrano at Masa’s in San Francisco, where he stayed for two years.  From there, Chef Siegel ventured to Italy for s year at the Michelin two-star Ristorante San Domenico di Imola with Chef Valentino Marcattilii, returning stateside to open Olives in Washington D.C. with yet another James Beard Award winner, Chef Todd English.

During his 20+ year tenure, he made multiple trips to France, cooking with Michelin 2-star chef Thierry Marx in Bordeaux, and Francois Pasteau, Yves Camdeborde, and Pierre Jay in Paris.  Adam was nominated for the James Beard Award Best Chef Midwest twice, winning the award in 2008.   Since the award, he has hosted some of the best chefs in the country- including Thomas Keller, and a Top Chef/James Beard Award dinner.  Adam was a featured chef on Anthony Bourdain’s No Reservations, where he cooked for Tony and showed him the culinary hot spots of Milwaukee.